I’m also a feminist, I love running (road and trail), good food, books, mountains, and giraffes. A few years ago, I found out that I am hypersensitive. This implies a whole personality archetype: very creative, teeming with ideas but also on edge, which I am learning to channel through different means, like meditation for example.

Since 2015, I have been living with Crohn’s disease. But rest assured: after an initial, very aggressive outbreak that required my intestines to be shredded a bit, I quickly recovered. I celebrated my victory over the illness in FLY IN THE LOAF pub in Liverpool. Since then, it has been dormant, which is when I started doing what I liked in life. So I remain optimistic for the future. 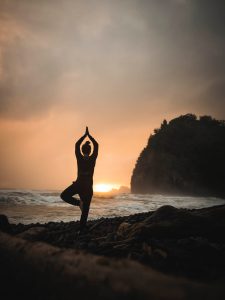 Graduated with a master’s degree in environment and then in urban planning, I started working at the end of 2014 as a study officer in these fields. But wage employment was not for me: I quickly realized this. After a year and a half, I didn’t sign the permanent contract that was offered to me, and found myself unemployed, with no plan for the future. That’s when I started a blog – this blog.

I missed writing. Ever since I was a little girl, I’d been writing stories, harboring the not-so-secret hope of being a writer one day. So I heeded the call of the keyboard and freelancing. In late 2016, I launched my own business as a web editor, as excited as I was terrified of the adventure. I’ve never regretted that decision. It’s not an easy path, but it’s the one I like.

Keep pushing yourself, and be the best version of yourself today!